How CBD Works  -  How Does CBD Work for Psoriasis

HOW DOES CBD WORK FOR PSORIASIS

None of the statements on this website have been evaluated by the United States Food and Drug Administration. CBD products are not intended to diagnose, treat, cure, or prevent any disease. A doctor’s advise should be sought before using CBD products especially if you have a serious medical condition, use prescription medications, are pregnant, or are nursing a child.

We’ll have to go back and read our article on CBD and depression.

Looking at some of the top websites online regarding psoriasis, there’s no mention of CBD.

Despite all the research we’re going to show below.

Lots of talk but no mention of CBD.

Knowing what is out there in the research and more importantly…

Seeing actual images of people who have used CBD for psoriasis, it’s can be disheartening that so many people are suffering.

The side effects for some of the medications are almost as serious as the drugs are expensive ($1000’s each month).

Turn on satellite TV or pick up a magazine.

With enough time or pages, you’ll see an ad for psoriasis.

Let’s look at CBD specifically and base it on research.

We’ll then go from depression to anger but at least we’re making ground.

Anger that this information isn’t out there!

If you want to jump right to the safety screened CBD option, go here:

Otherwise, you can jump to any section here:

There is a lot of suffering to bring down!

We’ll touch on the aspects of psoriasis that will become important later in the article.

Basically, the body is making too many cells too quickly because it’s under attack…by its own immune system!

The body has a careful control system of both cell creation and cell destruction that goes on all the time.

Skin has to be replaced all the time.

The top-level that we see is actually composed of dead cells.

Internally, the body has to also remove damages or senescent cells when needed.

The current theory is that poor removal of these damaged cells results in wrinkles, blemishes, and other issues tied with aging.

The term for this removal is apoptosis.

Leave it to the scientists to make it more confusing!

So why is the body making excess skin?

What happened to the balance needed in that process?

What Is The Main Cause Of Psoriasis

The reason is counterintuitive.

The enemy lies within!

Killer cells in the body.

They are part of our immune system and their job is to protect us from foreign intruders.

Anything that isn’t us.

A new study found that they attack red meat because the cell surface contains a protein we no longer share.

With psoriasis, the T cells attack our skin and supporting cells.

This constant attack and rebuilding of skin tissue results in the scaling or abnormal skin growth.

It can get worse if it moves into the joints or elsewhere in the body.

It can make mistakes sometimes.

Psoriasis is one example of a host of modern diseases called autoimmune diseases.

That brings up a question we get often…

Is Psoriasis An Autoimmune Disease

We can say with pretty good certainty that psoriasis can be added to the long list of autoimmune diseases that plague modern society.

You can check out How CBD Works and the Beginner’s Guide for reasons why these diseases are on the rise now!

Autoimmune just means that the body’s immune system is attacking some part of us.

Pick a body part or cell type and there’s likely a related disease.

Psoriasis is the same dysregulated process attacking the skin.

The T Cells mentioned above is part of our immune system.

So…let’s get on to what we’re here for.

We’ll first talk about the system that CBD plays into.

We’re getting there. Be patient with us.

Psoriasis And The Endocannabinoid System

Now’s a good time to introduce the endocannabinoid system.

It’s a system intimately tied to almost every type of tissue in our body.

We have naturally occurring endocannabinoids that are the main actors for this system such as Ananadamide and 2-AG.

Its effects and integration within the skin are well established.

Here’s a quick image of its role:

There are two aspects of the endocannabinoid system that come into play with psoriasis directly.

To put it bluntly…psoriasis is right smack in the middle of the endocannabinoid system’s jurisdiction.

We’ll see the research below on how the two interact.

So…what does this have to do with CBD?

Does CBD Help With Psoriasis

CBD is a cannabinoid found naturally in the cannabis plant.

Many people confuse it with THC, it’s an unruly cousin.

CBD has been shown to support the endocannabinoid system.

We say support because we’re not exactly sure whether it boosts or attenuates (reduces) the system at individual points.

That could be why there isn’t a documented case of overdose with CBD.

The body uses it as needed when naturally occurring endocannabinoids are depleted.

There is now a great deal of research showing that CBD can positively affect psoriasis.

The pictures of before/after with psoriasis and CBD are nothing short of miraculous.

That’s anecdotal (unless you happen to be THAT person) so let’s look at the research.

That’s what we’re for after all.

Research On CBD And Psoriasis

There are three main areas where research is showing promise for CBD and psoriasis:

Let’s look at research on each.

CBD has shown powerful abilities as an anti-inflammatory.

Check out all the ways CBD works with inflammation here.

CBD is showing promise in moderating this stress in regards to psoriasis:

utility of CB2 receptor agonists for the prevention of stress-induced exacerbations of skin disorders such as psoriasis.

This gets to the heart of psoriasis.

The process of growing new skin tissues which usually takes months is occurring in days.

This cell growth happens in the keratinocyte which makes new keratin.

Keratin is the substance that adds “hardness” to different tissues.

More keratin in bone. Less in skin. Tendons, ligaments, and cartilage are somewhere in between.

CBD is showing promise in bring balance to this process within keratinocytes:

Our results show that cannabinoids inhibit keratinocyte proliferation, and therefore support a potential role for cannabinoids in the treatment of psoriasis.

This is very important for psoriasis.

Another study found out how CBD does this.

These findings show that the phytocannabinoids cannabidiol and cannabigerol are transcriptional repressors that can control cell proliferation and differentiation.

Keep in mind that genes get turned on or off by a host of internal and environmental cues.

This study found that the endocannabinoid system and the CB1 receptor specifically is directly tied to managing the proper balance of cell growth/removal.

ECS could become a useful adjunct treatment strategy for hyperproliferative human dermatoses such as psoriasis or KC-derived skin tumors.

CBD interacts with the CB1 and CB2 receptors in the body.

For an interesting summary of CBD’s effects across a range of skin issues:

This question comes up often.

Keep in mind that the FDA has not evaluated CBD’s ability to cure any disease.

Psoriasis manifests itself in the skin but the real issue runs deeper.

All the way to the immune system.

CBD has been shown to help regulate the immune system even turn it from a more aggressive T1 to T2 standing.

It has been shown to suppress many of the actors that instigate psoriasis (cytokines, TNF, IL, T cells, etc)

You can see a full review of how CBD moderates the immune response here:

Combine this with its inherent anti-inflammatory abilities and cell proliferation suppression.

That’s the trifecta for psoriasis.

Take a look at the results before/after with CBD for psoriasis.

Psoriasis is one of the diseases which we can tell right away if something is working.

There’s no placebo effect when you’re looking at your skin!

First, CBD is absorbed by the skin.

We have CB receptors throughout our skin.

You can learn more about this at our How CBD Works for the Skin article.

The severity of your psoriasis may dictate which way to go.

Many people will use a cream or balm topically for psoriasis since more immediate relief can be felt and seen that way.

It’s also not bad to use the CBD oils to address the immune function issue at the same time.

Make sure to start with CBD Isolate in case you might have allergic reactions to botanicals and other plant materials (full spectrum).

Check out our Full Spectrum versus Isolate article for more info.

There’s a good percentage of the population that has histamine issues.

Isolate is definitely the better approach.

The other issue we see with people new to CBD is a hesitancy to go with a higher CBD level.

We totally understand that but you may be missing the boat altogether.

That defeats the purpose.

Which brings up a good point.

What dosage of CBD for psoriasis?

A quick look at dosage guidelines:

Here’s our recommendation for dosage.

Start lighter at doses of around 20-30mg.

Higher doses of 300+mg are not uncommon.

This is for CBD oil obviously.

For the balm, you can apply it as needed.

Again, the before/after pictures we’ve seen are nothing short of amazing!

Send us your results and we’ll upload them here anonymously!

Where To Buy Best CBD For Psoriasis

We need to look for a few key requirements when shopping CBD:

You can find the best value by balm or CBD oil.

Again, psoriasis might merit a combination of both topical and oil tincture to get results.

Please let us know if you have any questions by email here.

Also, it’s really important for us to get the word out to other people.

Please take before after pictures of psoriasis (anonymously of course) and we’ll upload them here for others to see.

Many people are nervous about CBD until they see the results themselves. 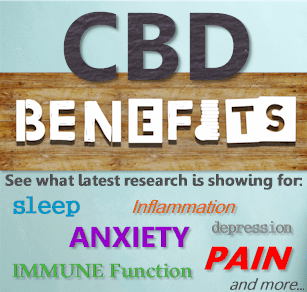 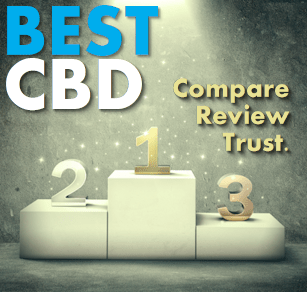 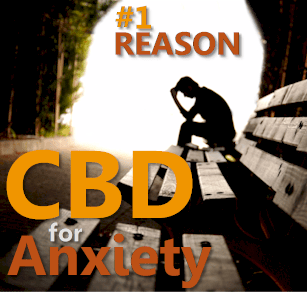 “I was lost…there’s so many CBD products out there.  Thank you for making this all make sense!”

“I literally lay down and I’m out.  I wake one to use the bathroom and them I’m out again til morning.  I almost NEVER am able to sleep like that!  It’s pretty awesome”

“I feel like my body is oddly more flexible in the gym if that makes sense.  I do notice that I sleep deeper.”

“CBD is the only way I get through the night.  It’s been a life-saver for me.  Thank you for the research!”

“I love the comparison!  It’s impossible to figure out what’s being offered and for how much.  Thank you so much!  I’ll make sure to send my CBD story to you!”

“I had no idea how important the lab results were with CBD.  I won’t touch it without first seeing what’s in there now.”

“I was spending sooo much energy fighting off negative thoughts before CBD.  I have so much more energy now.”

“Thank you so much for your marvelous work.  I’ve told all my family members to check out the how it works page.  Simple enough for even me to understand!” 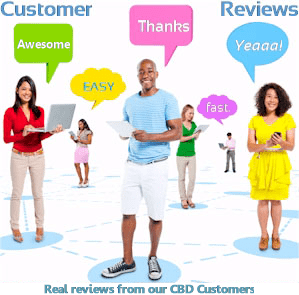